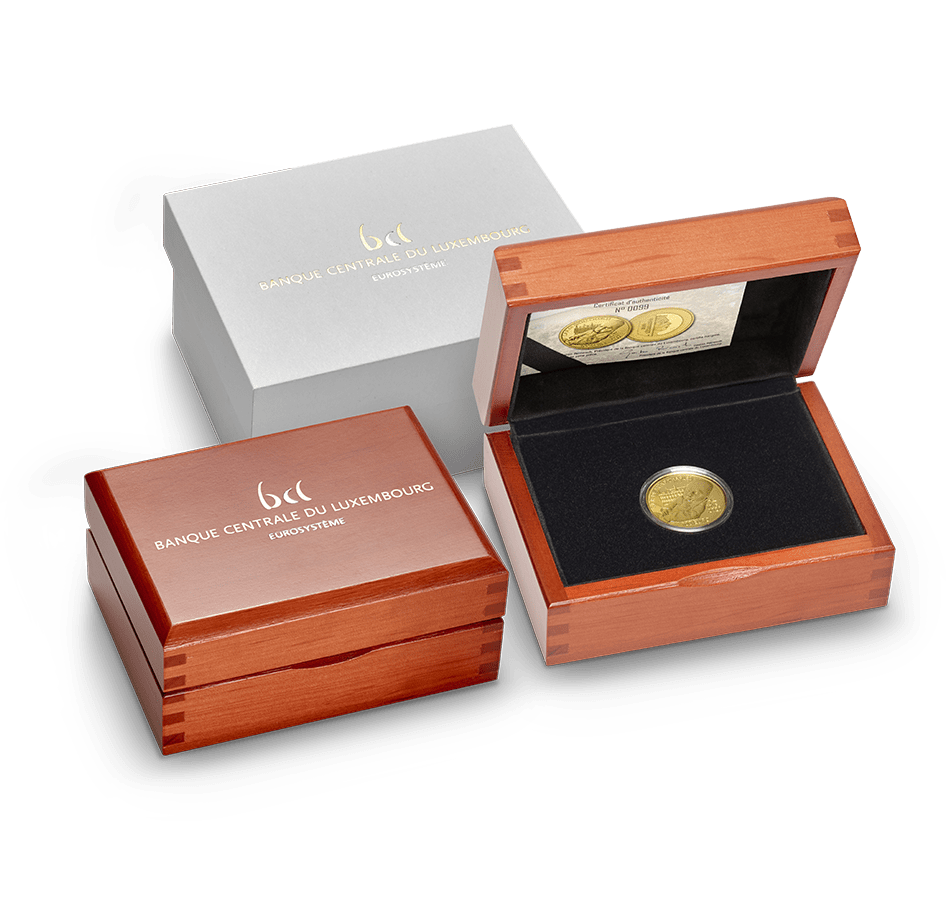 According to the line of succession to the throne, Charles, grandson of Grand Duke Henry, is second in line behind his father, Grand Duke Guillaume, and will be called to ascend the throne and take over as Head of State when the time comes.

In accordance with tradition, the birth of Prince Charles was greeted by 21 cannon shots fired from the heights of Fort Thüngen and his christening was celebrated on 19 September 2020 at the Abbey of Saint-Maurice de Clervaux, attended by the Grand Ducal Family and Stéphanie’s family, the de Lannoys.

To mark the occasion of this birth, the BCL is issuing a commemorative one-third ounce gold coin, minted in the workshops of the Royal Netherlands Mint. Presented in a box with certificate of authenticity and available as one of a limited edition of 1,000, this is the first Luxembourg euro coin to celebrate a royal birth. Its face value is €100 and its selling price is €790.