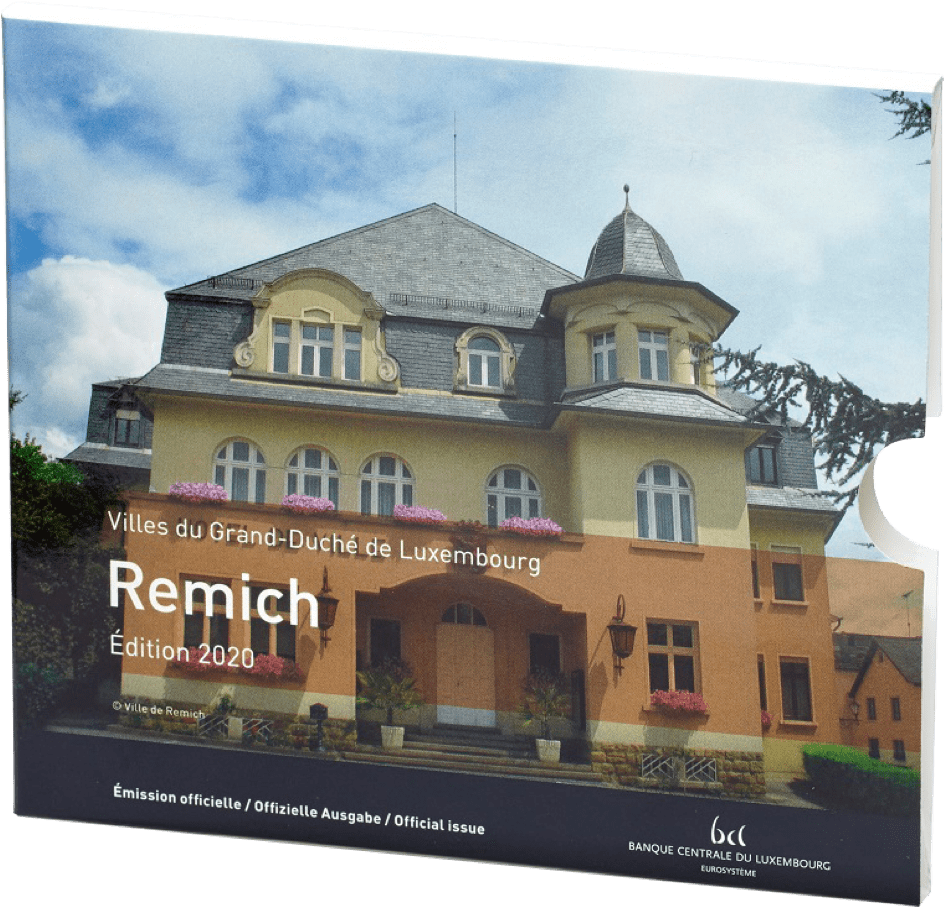 City of Remich set
Back

Every year since 2011, the Banque centrale du Luxembourg has issued a set dedicated to the 12 cities of the Grand Duchy. After Ettelbruck and Grevenmacher, the 2020 vintage gives pride of place to Remich.

Nestled on the banks of the Moselle and known for its Bacchus Festival, its wine queens and its maze of cellars, the tourist town is also home to the Institut Viti-Vinicole and the Marque Nationale du Vin. It was therefore obvious to pay tribute to it with a set of Luxembourg euro coins.

This issue includes eight Luxembourg euro coins bearing the yeardate 2020, including one cent, two cents, five cents, 10 cents, 20 cents, 50 cents, one euro, two euros and, as a bonus, the two euro coin commemorating the 200th anniversary of the birth of Prince Henri d’Orange-Nassau.

All of the coins are minted in “Universal Brilliant” quality and come in an attractive box with a case and a four-colour brochure illustrated with magnificent photos of the city and its heritage as well as texts in German, English and French.